skip to main | skip to sidebar

If you want to know how farcical UKIP really is then watch the following  effort from one of their members/ex-members on Merseyside. No wonder they have so few elected representatives in the North West of England, a handful of town and parish councillors, probably co-opted rather than elected, and a defector from another party on Merseyside.

UKIP, too busy fighting each other to fight the European Union.
Posted by The General at 5:36 AM No comments:

Word has reached us that the backstabbing and infighting has begun once again in UKIP.

They start to get twitchy when the selection process for the European elections is approaching. Although the elections aren't until 2014 there's a wad of cash to be had so they start early.

They don't bother getting excited for real elections, such as to the UK Parliament, let's face it they even tolerated a leader at the last election who urged people to vote against UKIP candidates. But they can make a fortune winning a seat with a relatively small vote under the EU's absurd PR system.

The latest ambitious high profile newcomer limbering up to jump aboard the gravy train is Neil Hamilton. He must really fancy getting his snout in the Brussels trough after his experience in Westminster, a mere training ground for the greedy it seems before they graduate to where the real cash is to be made.

Let's face it UKIP aren't fussy about who they select to become MEPs. Remember Ashley Mote? Remember Tom Wise?﻿
﻿ You may remember Neil Hamilton from the Cash for Questions Affair in the 1990s when he was MP for Tatton. Just to help him on his way Hamilton has been elected to UKIP's NEC, supported by Party Leader, Nigel 'Spiv Boy' Farage.

It's just amazing anybody takes UKIP seriously.
Posted by The General at 9:24 AM No comments:

European Union-The End Game: But where are UKIP?

So the House of Commons refused the British people their say on the EU. Where were UKIP in the build up to this week's vote? Out on the fringe as usual. The end of the EU will come about in spite of , not because of UKIP.

Despite the massive resources generated by their MEPs they still do not have a single voice in the House of Commons. Instead UKIP were left singing patriotic songs and shouting slogans in Parliament Square while MPs debated the referendum motion. 'Occupy' without the tents!

It's time we started taking a look at UKIP again, so look out for more posts from now. We're back.
Posted by The General at 12:45 AM No comments:

Congratulations to another one of Nigel Farage's 'very good friends' Jane Collins.

12% in the Barnsley by election put Ms Collins top of the anti-Coalition, anti-Labour sleaze protest vote. The real test will be the forthcoming local elections. Will people really want to elect local councillors who only have one policy, to leave the EU, which is as far removed from local politics as you can get?

Another false dawn in our view which UKIP will, in their usual amateurish way, spin as putting them on the brink of government. Remember the Hartlepool by election way back when Farage sycophant Steve Allison got 10%? It was downhill from there too.

Wonder how Mr Farage will thank Ms Collins for such a sterling effort? Or will Ms Collins thank Nigl for giving her the opportunity?
Posted by The General at 12:24 AM No comments: 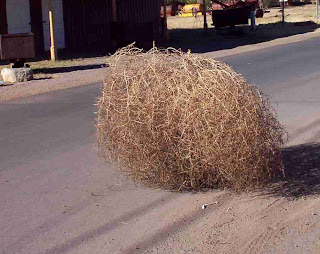 Other than as a connecting station for the EU gravy train UKIP is finished, as evidenced by the pitiful result of its deputy leader and northwest MEP Paul Nuttall in the Oldham East by-election. It is now in intensive care only to rally from its comatose state for the next Euro elections, when there will be much money to be garnered.

As a result blogging will be extremely light for the foreseeable. Of course we will cover anything worthwhile, so it's only a matter of time until some UKIP MEP, candidate or member somewhere does or says something so stupid that we will be blogging again.
Posted by The General at 4:47 AM No comments:

UKIP's resident idiot, Ray Finch, likes to take to the internet to claim not to be somebody he isn't. See blog post below.

To avoid any confusion we would like to make it clear that Ray Finch is not Jack the Ripper. He is far too young to be a Victorian mass murderer. At least that's what we believe, I suppose with plastic surgery.... No, before we go down a road that could lead to Finch himself having to claim not to be Jack the Ripper, he is definitely too young.

To avoid any doubt he is not the Yorkshire Ripper either. I don't think even our justice system would allow the Yorkshire Ripper out to help the Farage campaign in Buckingham. But that may be why Finch wasn't seen in the Eastleigh constituency, where he stood in the election last May but wasn't spotted in the constituency campaigning. He claimed to be campaigning in Buckingham instead. Maybe he just wasn't free to campaign.

No, Finch is definitely not the Yorkshire Ripper either. And we apologise to Peter Sutcliffe for this sick joke of a blog post.

Posted by The General at 2:06 AM No comments:

The British Democracy Forum contains the lunatic fringe that even UKIP find a bit rich for their taste. Admittedly you do get sane people on it, but they appear to be critics of UKIP or its current leadership. But today there was a post on the forum that even UKIP observers found extremely bizarre, things in UKIP just seem to get worse.

We have mentioned Ray Finch on here before. A very odd individual who isn't very bright. Out of the blue today the following post appeared on the forum from one Ray Finch:

"I have had a few calls and texts from people in the last couple of days regarding allegations on this forum and elsewhere that I am "Spastyk".

For the avoidance of doubt, I am not "Spastyk", I do not know who "Spastyk" is and, frankly, I do not care. The same thing applies to all who post anonymously on the internet. If you do not have the courage to post in your own name or at least acknowledge your identity, then you are, to be brutal, a coward. Those who know me will know that, for the last few months, I have had extremely limited time on the internet due to illness in my family. This is not likely to change in the near future. I have not indulged in any UKIP related business, apart from a couple of days in Oldham to assist the campaign there last week and attendance at the UKIP Eastleigh Christmas party, for a couple of months for the same, and other unrelated, reasons.

Those who still believe this mistaken opinion are welcome to speak to the board administrator here. Anthony Butcher has my full permission, if he so chooses, to examine any logs he keeps of my activity on this forum to see if there is any correlation between myself and "Spastyk".

I will not indulge in any correspondence on this, or any other, issue for the time being for the reasons mentioned above.

I wish all, including those who apparently believe me to be somebody I am not, a very happy new year.

"Spastyk" is our pseudonym for a particularly nasty and unpleasant blog that smears decent people, mostly those who oppose UK membership of the EU but who do not necessarily support UKIP or the current leadership of UKIP. We have changed the name as we see no point in giving it free publicity.

What we find so odd is why somebody who has "had a few calls and texts" asking him if he is responsible for a particularly nasty blog, should widen the circle of enquirers by proclaiming, on the worldwide net, that he is not "Spastyk". Bizarre behaviour from a bizarre individual.

Some might quote from Shakespeare's Hamlet- "The lady doth protest too much, methinks." We would never be that cynical.
Posted by The General at 9:22 AM No comments: